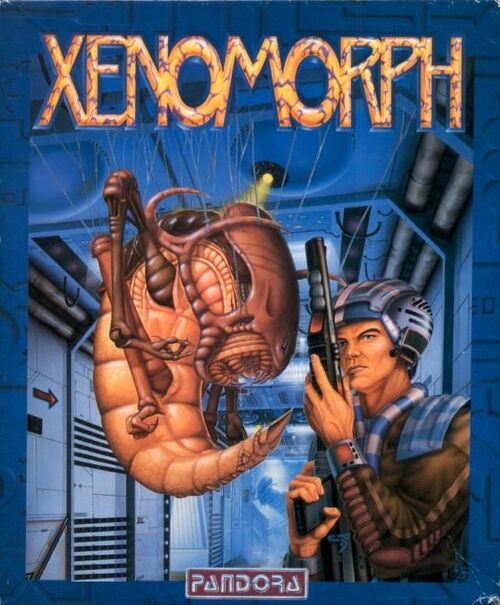 Xenomorph is a 1990 video game published and developed by Pandora for MS-DOS, Amiga, Atari ST and Commodore 64.

Xenomorph is a science-fiction role-playing video game, in a first-person perspective with an icon-driven interface that drew comparisons with Dungeon Master. The storyline is influenced by the early Alien (film) franchise.

Players controls a janitor who wakes to find the crew of his ship, the Mombassa Oak, have been killed by a computer malfunction during a two year research mission. The janitor pilots the ship to a nearby mining platform, Atargatis to find that the human population has vanished. The player must search the platform for microchips and fuel rods that can be used to repair the Mobassa Oak. In addition, the player must defend himself against the aliens that are responsible for the attack on Atargatis. A player needs to manage weapons, medical supplies, keycard access, food, energy, and radiation levels in order to survive.

You can play in the following modes;
Easy
Normal
Hard.

The mining base built on an asteroid and was named Atargatis. A standard multi-level VN-II construction, Commissioned, Jan 2131 with 200 Workers including 50 research staff.

Pandora, publishers and developers of games like Xenomorph (video game).

Pandora, publishers and developers of games like Xenomorph (video game).