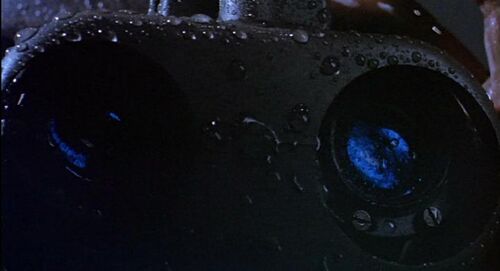 Tactical Binoculars are used by U.S.C.M.'s and Marines.

Tactical Binoculars are binoculars constructed for general military use these tend to be more rugged than their civilian counterparts. They generally avoid fragile center focus arrangements in favour of independent focus, which also makes for easier, more effective weatherproofing. Prism sets in military binoculars may have redundant aluminized coatings on their prism sets to guarantee they don't lose their reflective qualities if they get wet.

Made from alloy, a Tactical Binocular uses are similiar to that of normal civilian Binoculars.

Tactical Binoculars are deployed as required in the field.

Appearances in the following;
Aliens (film)

Aliens (film)
Used by Sgt.Apone outside Hadley's Hope installation on LV426 as the crew were deployed from the APC after landing.

Predator (film)
Used by Dutch as the squad approached the Gorillas' Camp.

Tactical Binoculars are available in the following;
Rapidly switch between multiple fields of view and digital zoom, with laser and thermal technologies.