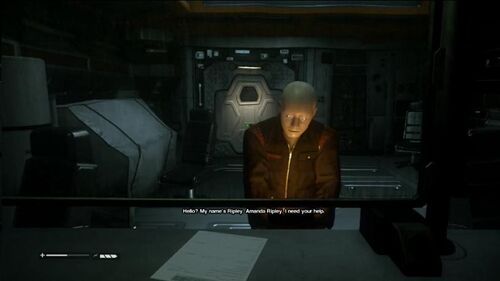 Seegson Synthetics also known as working joes are manufactured aboard the Sevastopol. They interact in gameplay and can both help and hinder Amanda. They are a lower specification then synthetics like Ash from Alien (film) and Bishop from Aliens (film) and have eyes which light in the dark with no personality and just operate as programmed.

Due to the alien being aboard and other synthetic malfunctions the synthetics would attack Amanda in gameplay if she is seen and are best avoided. They can be combated by constructing weapons from items found about the Sevastopol or just left for the alien.

They wear brown shirts and trousers with orange panel details.