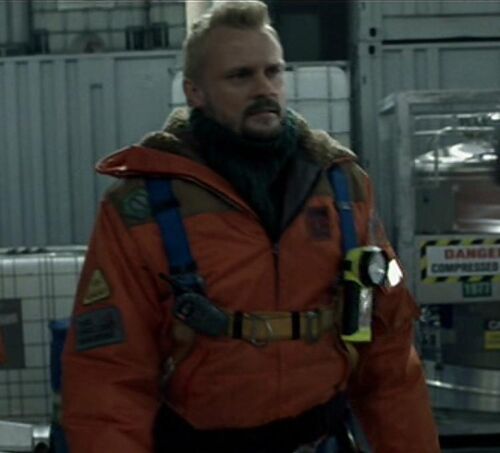 Rustin Quinn is a mercenary member of the exploration team in the film Alien v Predator. He is hired as part of the team as a mercenary at the Pyramid beneath Bouvetøya.

Rustin Quinn is killed by a Predator as they start battling against the group and the Aliens, he is the last of the crew left above ground, dying after being thrown down the shaft and then impaled by the trophy carrying predators.

On set Carsten Norgaard acts with himself as predators stalks him with CGI effects added later in post production. In this scene he uses a desert eagle which fires blanks and in the scene moments later as Celtic approaches even though Ian Whyte who is over seven foot, he still stands on a ramp increasing his height even further. A quick scene which is cut further in final screening, a technique with filming used multiple locations though filming some as a predator act and other times as the actor is acting or lifted up.