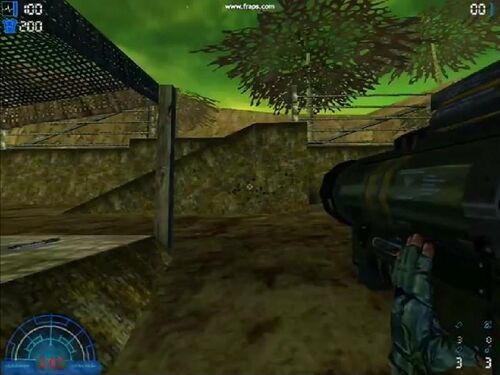 A M-6B Rocket Launcher is a shoulder carried missile launcher, target accumulations is made by a targeting system and reloading is via a rear loading mechanism.

Apart from the targeting system the M-6B Rocket Launcher is of alloy construction, firing standard HE rounds.

Appearing in Aliens v Predator 2 on LV1201 and along with the Grenade Launcher ammo is required to be collected.

M-6B Rocket Launchers are available in the following;
High explosive - 'HE'.

Both rocket launchers in Aliens: Arcade and Alien vs. Predator: Arcade are based around a M202A1 shoulder launched four pod rocket launcher. These are both capable of firing one rocket are a time without reloads and unlimited rockets.