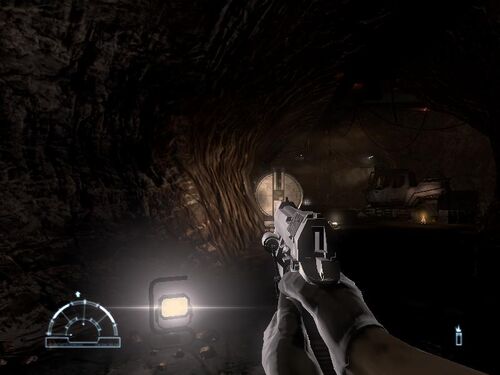 Pistols are in service with the U.S.C.M.s., Mercenaries and Weyland Personnel.

Alloy in construction the Pistol is a required for all marines in the field of combat. In is a single barrel, clip loading side arm that holds between 12 - 18 rounds, two rates of fire allows a marines to decide between single shot or burst fire.

Amanda picks up a pistol in Sevastopol's Spaceflight terminal but can also be collected at various locations. Although referred to as a pistol it is a 6 round revolver. Ammo is collected throughout the space station and is carried in her backpack like any other piece of equipment collected. The revolver is best used against human targets with little effect against synthetics or the alien.

Films
A form of Pistol appears in all Alien, Predator and Alien v Predator films except Alien (film) were a zip gun appears but isn't used and Alien 3 (film) were they are no weapons of any sort but inmates have flares and torches.

Aliens: Infestation
Pistols are a standard in the game and are similiar with the VP70 from the film Aliens, ammo can be collected through the game.