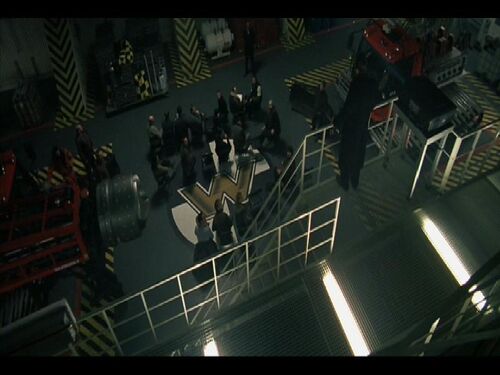 Piper Maru is a Weyland-Yutani Ice Breaker a special-purpose ship designed to move and navigate through ice-covered waters near Antarctica.

In the film Alien v Predator a team of scientists assembled by Charles Bishop Weyland use the 'Piper Maru' Ice Breaker to travel to Bouvetøya an island about one thousand miles north of Antarctica. 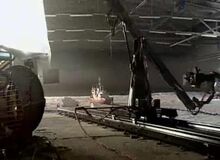 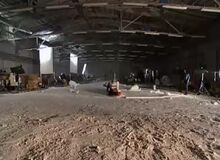 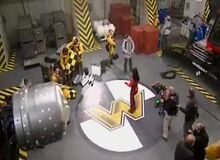 Like the Agusta 109 which brought Alexa aboard the ice breaker, the Piper Maru was constructed as a model miniature, in CGI and part built full size set. Models were filmed in a water tank along with the 109. John Burno visual effects supervisor constructed all miniatures on set for the satellite, icebreaker, chopper, pyramid and all the buildings around the Razorback Whaling Station. The Piper Maru's model stood about 2' tall by 7' long and was painted white so post production colours and effects could be added.

Framestore CFC created models and matte paintings of the surface and skyline with weather effects produced in post production by Cinesite and Universal Production Partners.

In building the full size set one part side of the ship was built in the studio with some interior corridors and cabins, in filming these included separate cabins for Weyland, Alexa Woods and Sebastian De Rosa. The cargo area where they all group before landing at the Whaling Station was also constructed on set or as part of the filmed set with painted chevrons on wooden set pieces and gantries just built in the studio during filming. Paul W.S. Anderson said that, 'it gave the feel of a ship's cargo area with the need to only dress the set.' Ice and snow ATV vehicles were added with appropriate additions for exploration, further markings identified the cargo ship and it's purpose.