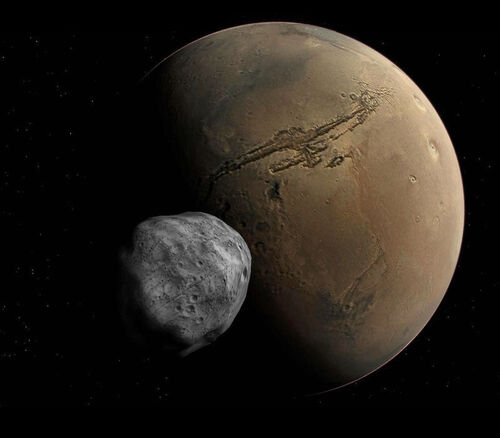 Phobos is one of the two natural satellites of Mars (Phobos and Demos).

Gameplay for the fourth level in the game Aliens: Infestation features the surface of Phobos. Marines encounter Aliens, Face Huggers, Gorilla Aliens and a large Gorilla Alien as a Boss, this alien is much like a Crusher but more bulkier and armoured. Once killed the squad disembark on a dropship back aboard the Sulaco.

Appearances in the following;
Aliens: Infestation

As the Sulaco is preparing to dock with the station on Phobos, Fox-Six with Delta and Echo set course for the surface in a dropship, landing near the Special Research Facility. 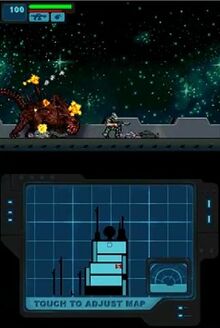 Fox-Six makes their way towards the Special Research Center a multi-level facility which has been infested by gorilla aliens of different sizes. As the squad nears the upper levels the floors start shaking, this is due to the largest of the Gorilla Aliens stampeding, killing this alien ends the level.

The game Aliens: Infestation features Phobos as one of the locations marines are sent. After the tasks at the UPP Compound on LV426 are completed, marines go to the Special Research Facility on Phobos.

Aliens: Infestation also includes the surface of LV426, the Derelict Ship and the USS Sulaco in orbit around LV426 like in the film Aliens and the game Aliens: Colonial Marines.