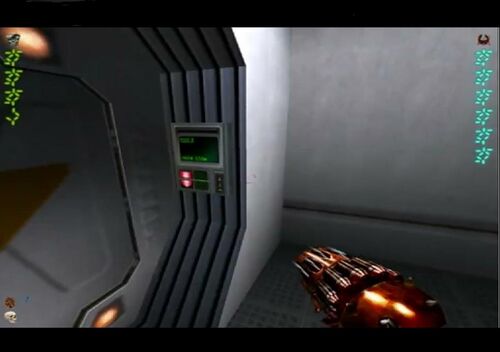 Net Guns are part of a Predator's armoury.

A Net Gun is a tactical situation control firearm wielded by Predators in the field of combat.

A self-defense weapon used preliminary for 'tactical situation control', a poly-synthetic alloy net, when fired at a target would encase the victim in a slowly constricting alloy embrace. This would incapacitate the victim rendering the victim open to attack, the victim could then be killed or left to slowly be shredded.


AVP: Evolution
In the game a number of different net guns are available including a standard Net Gun, Double Net Gun and Triple Net Gun.

Predators™ (i-pad)
A Predator is able to use a number of different upgradable net guns.