Kane is an Executive Officer aboard the Nostromo in the film Alien.

In the Novelisation of Alien, upon waking from the facehugger induced coma, Kane shows symptoms of memory loss. When asked by Ash, he states his name is “Kane...., Thomas Kane”

After the crew emerge from stasis Captain Dallas, Executive Officer Kane, and Navigator Lambert set out to investigate the source of the signal. While there a Face Hugger impregnates Kane, so he is helped back aboard the Nostromo. Seemly recovered from this attack and the Face Hugger being removed, during a meal Kane dies as a Chest Burster emerges from his chest.

Kane is shown to be a competent professional, who is well liked by rest of the Nostromo Crew. He is typically level headed, optimistic and adventurous.

The Alien novelisation expands on his character by describing him as a smaller, less forceful echo of Captain Dallas. In the novel and in deleted scenes from the movie, Kane displays a very mildly reckless attitude towards exploring. This attitude drives Kane to volunteer to be in the EVA party that explores the derelict on LV 426. He is also keen to explore the shaft and cargo bay of the derelict, a choice that leads to him becoming the Aliens first victim.

The commercial towing spaceship Nostromo is on a return trip from Thedus to Earth, hauling a refinery and twenty million tons of mineral ore, and carrying its seven-member crew in stasis. Upon receiving a transmission of unknown origin from a nearby planetoid, the ship's computer awakens the crew. Acting on standing orders from their corporate employers, the crew detaches the Nostromo from the refinery and lands on the planetoid, resulting in some damage to the ship. Captain Dallas, Executive Officer Kane, and Navigator Lambert set out to investigate the signal's source while Warrant Officer Ripley, Science Officer Ash, and Engineers Brett and Parker stay behind to monitor their progress and make repairs.

Kane's character is played by John Hurt.
Kane has an embryo inpregnated into him by a Face Hugger from the Derelict which he brings back aboard the Nostromo, a Chest Burster later emerges from his chest killing him. 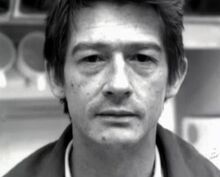 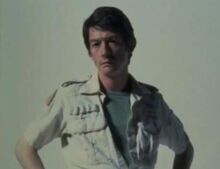 Ivor Powell associate producer along with Ridley Scott thought of the idea of a more industrial vessel for the Nostromo and 'Truckers In Space', a concept of truck drivers journeying on a long route in space, with this idea areas of the Nostromo would have a more used feel and appearance, worn and sparse which also followed though to the crew's uniforms, equipment used aboard the spacecraft and the different levels and areas. 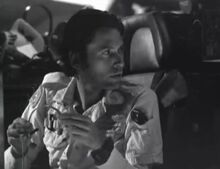 
John Finch was cast for the role of Executive Officer and for the reason he became ill was recast with John Hurt in the role. Later this was found to be because he was a diabetic and only filmed a few takes of one scene, so John Hurt who turned the role down the first time around due with filming in South Africa was asked again. Ridley Scott drove to Hamstead Village on a Friday afternoon meeting with Hurt and after a discussion that lasted into the early hours was chosen and asked to start on the following Monday morning.