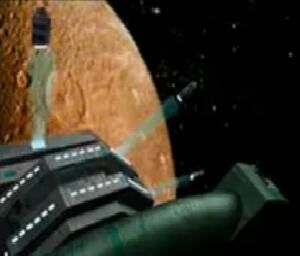 Golgotha a Colonial Marines Training Base, used by U.S.C.M.s as a base, outpost and training facility for troops. It is a multiple decked training facility but game play is played on the sub levels, Predator and Alien Spacecraft docked in its bays.

Appearances in the following;
Alien vs Predator (Jaguar) 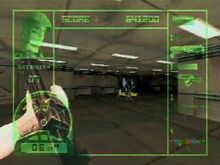 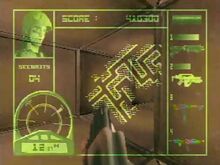 Set in the sub levels of a Colonial Marine Training Base where an alien and a predator ship have docked, the levels of the training base are made up form the barracks, med lab, airlocks, brig and command center, each level being interconnected by lifts and airducts.

As a marine you start on sub level 3 and play as Private Lance J.Lewis, a player's goal is to escape the military base by setting the self-destruct and making his way to an escape pod before it the base is destroyed. At the start of the game, Lewis is in the base's brig and has no weapons, motion tracker, or security clearance, a player must find weapons and security cards in order to fend off enemies and access new levels of the base, activate the base's self-destruct mechanism, and escape in the escape pod. Lewis can use medical kits to recover health, but cannot carry them and must use them immediately. 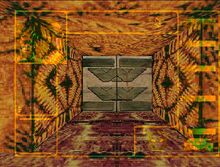 As the game commences Predators dock their ship at the base, they use this as an opportunity to catch an alien queen, and bring honor to their clan. As a Predator you start on sub level 3, a player's objective is to reach and kill the Alien Queen in order to claim her skull. Predators can use elevators to travel between levels, carry medical kits and use them to recover health, and use a cloaking device to become invisible. Weapons and scoring are based on how a Predator would kill his enemies. Killing an enemy while visible results in a loss of honor points, which can in turn result in losing equipped weapons. Killing an enemy while invisible, conversely, results in an increase in honor points which in turn allows access to more weapons. 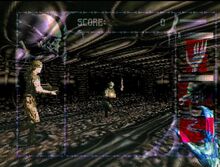 As the alien you start on sub level 5, your job is to find and protect the queen from the marines and the predators. When playing as the Alien, the player's objective is to rescue the Alien Queen, who is being held captive in the Predator's spaceship. A player must fight numerous marines and predators through various sublevels of the ship in order to reach the queen. The alien is unable to heal itself from injuries and instead cocoons marines. If the alien dies a cocooned marine will become a new alien, allowing the player to continue from that location. The alien is unable to use elevators and instead travels between levels of the ship through air ducts.

Gameplay by the three characters in Alien vs Predator occurs at the same time. 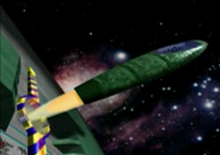 Multiple escape pods are released as the training base detects the aliens and predators aboard, later Lance J.Lewis ejects in the last escape capsule and is collected by the U.S.C.M. Irata.