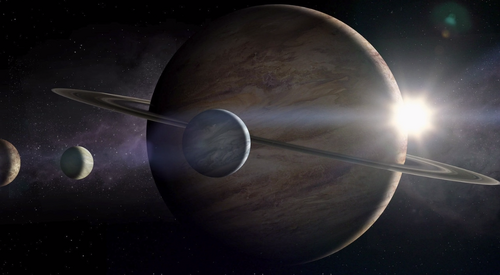 Epsilon is a planet around the binary suns in Zeta Reticuli. It is a small ringed planet with 3 small moons, one of which is LV426. Epsilon features in the script of Prometheus in the unused Jon Spaihts' version called ALIEN: Engineers.

The script references LV426's diameter as the smaller size of 1200kms (120kms from Alien (film) script).