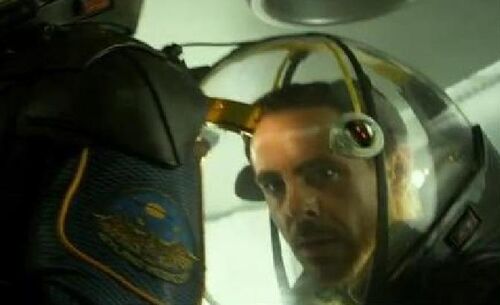 Chance is a Navigator aboard ship in Prometheus (film).

Chance, Janek and Ravel are the flight crew aboard Prometheus. Ravel and Chance's seats are in front of Janek's on the Bridge Deck, with Vickers' to one side of Janek's, which they take up on approach to LV223. 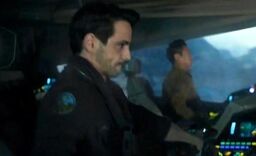 Once out of stasis they set about landing Prometheus, slowly flying above the surface before deciding on an area just before a row of hill like structures. Chance, Janek and Ravel stay aboard Prometheus while some of the crew go exploring to what after reaching, is decided as being some sort of Alien Temple.

Chance goes on the 2nd journey into the Alien Temple looking for Millburn and Fifield, only finding Millburn dead in the Ampule Room, Holloway falls ill so they cut their journey short informing Vickers as they return. She is in the Cargo Bay on their return and burns Holloway.

After a disturbance in the Cargo Bay, Chance and Janek rush there with Flame throwers and incinerate a mutated Fifield who had killed a number of the crew.

Later as Shaw returns from the Derelict and conveys what she has discovered about the Terraformers to the remaining crew, Vickers with the flight crew Chance, Janek and Ravel pilot Prometheus into the launching Derelict (Vickers having ejected just before impact) causing it to explode into a fire ball destroying Prometheus and causing the Derelict to land back on LV223.


Chance, Janek and Ravel and the remaining crew die as Prometheus collides with the Derelict.