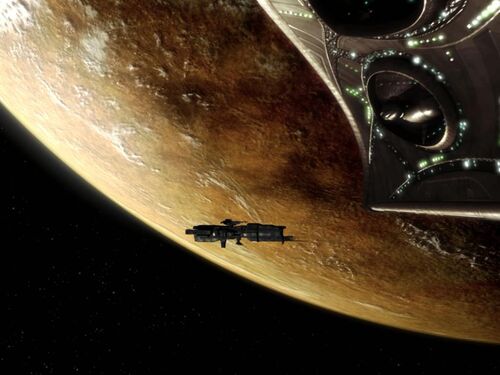 The singleplayer campaigns for the Alien, Predator and Marine characters are played in the complexes and military installations in and about Freya's Prospect Colony for Rookie, Dark and Number 6.

Jungle covered training planet where youngbloods (Predators) are sent to prove themselves.

The Aliens v Predator 3 (video game) campaigns are played out on the surface of BG386 through a range of maps that comprise of both Jungle and Complexes.

Freya's Prospect Colony is the Rookie's start in singleplayer as he and the rest of the surviving crew of the USS Marlow land there in a Dropship and make their way towards the Colony buildings.

Dark lands his Dropship on the far side of the Jungle before making his way into the Refinery.

Number 6 campaigns start in the Research Lab as a power outage caused by Weyland as he entered the underground Pyramid allowing the restraints to be released.

Gameplay for all three species occur at the same time on the surface of BG386 in singleplayer and multiplayer through a range of maps that comprise of both Jungle and Complexes.