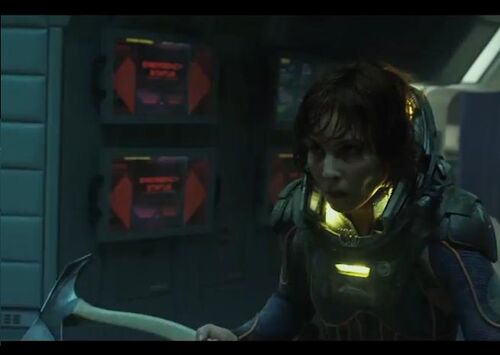 Axe, is an implement that has been used to shape, split and cut wood and timber, or as a weapon, and a ceremonial or heraldic symbol.

An Axe is used by civilians, mercenaries and Weyland Personnel.

Either constructed of alloy or wood and alloy, an Axe has many forms and specialized uses but generally consists of an axe head with a handle, or helve.

An Axe can be used as a weapon or piece of equipment used in rock or ice conditions. 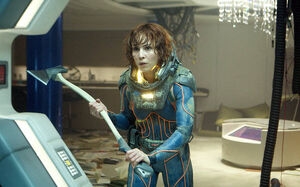 Axes are available in the following;
A Pick Axe is used in the film Alien v Predator.


Royce uses a number of Axes killing Berserker in the film Predators.


An Axe is available as a standard weapon in the game Aliens Invasion.