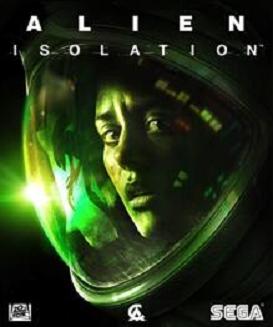 Description from The Creative Assembly;

'Discover the true meaning of fear in Alien: Isolation, a survival horror set in an atmosphere of constant dread and mortal danger. Fifteen years after the events of Alien, Ellen Ripley's daughter, Amanda enters a desperate battle for survival, on a mission to unravel the truth behind her mother's disappearance.

As Amanda, you will navigate through an increasingly volatile world as you find yourself confronted on all sides by a panicked, desperate population and an unpredictable, ruthless Alien.

Underpowered and underprepared, you must scavenge resources, improvise solutions and use your wits, not just to succeed in your mission, but to simply stay alive.'

Creative Assembly announced a new game based on the Alien franchise May 12, 2011, also to be on console, not formally named but known as Alien IP. A game being produced by a company previously associated with the PC RTS genre.

Although annouced in 2011 pre-production for the game started in 2010, Clive Lindop said about game production and gameplay, 'we're producing a very severe and intense survival scenario', and about the game's engine, 'all the lighting is dynamic, the amount of resolution we want and the effects is all in the environment that makes that fear experience really valid'.

June 2013 The Creative Assembly had a demo prepared for Sega, thankfully they liked the idea and the demo, and production continued.

In October 2013, it was revealed that 20th Century Fox had filed a trademark for 'Alien: Isolation' for use with computer game and video game software, downloadable mobile software, and decorative magnets in October of 2013.

In December 2013, artwork for the game was found on Twitter. December 11, 2013 Lifelower leaked four images from the game again on Twitter, followed by confirmation from Sega on Jan 07, 2014 that the game should be released late in 2014, releasing gameplay images, in game footage and interviews from the team.

A dedicated website has since been established following this, called http://www.alienisolation.com/ which sets about details of the game and associated information and forums.

The Creative Assembly, hold a lecture called 'Develop's An Audience With…', about the game Alien: Isolation February 12th 2014, in the Dolby lounge in Soho, London.

During Feb a week of promotion, audio, images and videos are released hinting at what can be expected. Followed by EGX Rezzed UK, at the NEC in Birmingham 28/30th March 2014, were Alien: Isolation was playable on console and the release date was set during the developers' meetings.

During April and May a number of podcasts were released that included Behind the Terror, The Sound of Alien Isolation, Lo Fi Sci-fi and Creating the cast, these were behind the scenes features that detailed Alien: Isolation game production. Foley and Sound Editorial for the game had been completed at Glen Gathard based at Shepperton Studios in Theatre 2 by May 2014.

In June another promotional week saw the release of Sega's stand at E3 and a new game mode with details at E3. During E3 Sega released another video entitled Alien: Isolation Survive showing more game play with detail on a timed survival mode separate from the game. The new game demo was available again at the show with further images released.

On 9 Sept Alien: Isolation went for production for its 7 Oct release, also Sega released the first of nine videos entitled How Would You Survive. These included No Escape and Don't Shoot which used finished footage from a level already played. Further trailers included ads and the Launch trailer. In Sept Sega announced Survivor Mode with the Basement map bundled with the game Alien: Isolation, 5 further DLC Survivor Modes each with 3 maps should follow, all being released by March 2015.

Alien: Isolation intro sequence has been developed and produced by filming the animation motion graphics, then digitally transfering them onto old video tape (VHS), this was then recorded by playing it back and again recording digitally with added tape stutter (Alien: Isolation Origins).

Associated Alien: Isolation articles with the release of the recent gameplay and images;

"No. There are no soldiers in this game. Androids are one of the core components of the IP and in Alien there is Ash and there’s some duplicity there. In the demo you may have noticed one that’s been ripped in half. But the station is run by a corporation called Seegson and they have their own type of android who are just following instructions and are nowhere as near advanced as Ash." (The Creative Assembly Talks Terror)

The story unfolds as the Nostromo's flight box recorder is recovered and Amanda Ripley is sent from Earth with a crew to find any signs of Ripley who with the rest of the crew are missing along with the Nostromo.

The game is played as Amanda Ripley who can interact in events and other characters both on the spacecrafts and space stations. Only the weapons and equipment featured in the film Alien should appear in gameplay, although in released game other added equipment is included. Added support for console features planned which link into controller buttons features have been sidelined in favour of a similiar feel, look and gameplay between the consoles.

The Companies Weyland-Yutani and Seegson Corporation form part of gameplay and the storyline features events between the films Alien and Aliens. It is unclear if other releases set for release in 2014 and set between the two films are to link together. The story for Alien: Isolation was written by Dan Abnett, Dion Lay and Will Porter, with music being composed by Jerry Goldsmith, Christian Henson, Joe Henson and Alexis Smith.

You can play in the following modes;
Easy
Normal
Hard

Sega Corporation, usually styled as SEGA, is a multinational video game software developer and an arcade software and hardware development company headquartered in Ota, Tokyo, Japan, with various offices around the world.

Founded in 1987 and based in Horsham, UK, The Creative Assembly made its name in 2000 with the smash-hit PC strategy game Shogun: Total War. Since then, the Total War series has gone from strength to strength, and last year, we reprised the medieval Japanese era with Shogun 2, which won more awards than we really have cabinet-space for.

From a starting team of five, we now employ nearly 200 super-talented developers from all around the world, and we’re still growing. Complementing the Total War team, our rapidly-expanding console studio is currently working on the industry’s best-kept secret: an entirely new cross-platform title based on the Alien IP, that goes where other Alien games fear to tread. We’re not quite ready to show it off yet, but when the time comes –let’s just say we’re definitely going to need that new trophy cabinet.

Sited within easy commuting distance of London and Brighton, we’re in a fantastic part of the world, and a recent office refurb means we now work in a super-swish environment that reflects the talent we house. A studio’s nothing without people, and we have some of the very best in the industry – people you’d be proud to number among your friends and colleagues. We have a focussed and friendly culture which is non-corporate and enormously professional, and we reward creativity. That’s the way we plan to keep it.