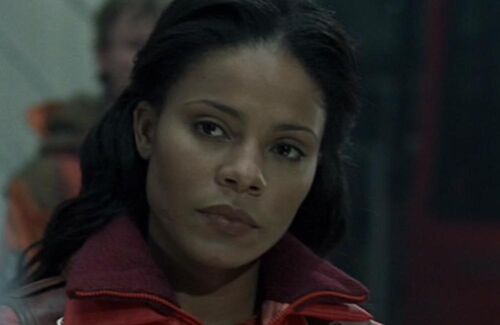 Alexa Woods is a guide in the film Alien v Predator. As an experienced guide who spent several seasons exploring the Arctic and Antarctic environments she is hired to guide the team of explorers and scientists that are sent by Weyland to explore a Pyramid beneath the ice of Bouvetøya.

As a Predator's Ship arrives in orbit around Earth, it uses it's plasma beam cutter, cutting a tunnel reaching the chamber of the underground Pyramid. As the group arrives at the abandoned whaling station, they find the tunnel that only days earlier didn't exist and descend beneath the ice. They discover a mysterious Pyramid and begin to explore it triggering the Queen from her stasis as they enter, further in they find evidence of a civilization predating written history and a sacrificial chamber filled with human skeletons with ruptured rib cages. As they continue they find a collection of Predator Plasma Castors which they take and by doing so they start the Pyramid's walls shifting and reconfiguring splitting the group.

The remaining humans decide that the Predators must be allowed to succeed in their hunt so that the Aliens do not reach the surface. As the battle continues most of the group are killed, leaving only Alexa and a Predator called Scar to fight against the Aliens. The two form an alliance and use the Predator’s self-destruct device to destroy the Pyramid and the remaining Aliens, escaping on a sledge with seconds to spare. They reach the surface, where they battle the escaped Alien Queen, defeating it the Queen is dragged to the ocean floor, however Scar dies from his wounds leaving Alexa by herself. 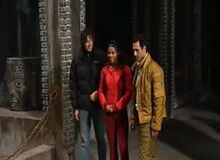 Alexa Woods survives the Aliens and is given a spear weapon in recognition of her skill as a warrior by an Elder Predator who arrives on a Predator's Ship.

After being given the script for three days she was then asked to go and film in Prague for four and half months. Director Paul W.S. Anderson said about Sanaa Lathan who played as Alexa Woods was that, 'she is an actor capable of acting the role while carrying a gun', and something he added was that, 'there were few male actors that could preform as she had done on set in the same conditions.' 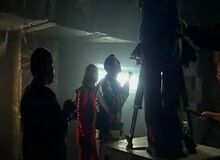 As with other actors Sanaa Lathan didn't get any special training before filming, some small stunts were preformed by the cast, this included Sanaa Lathan. Stunts included running, jumping and rolling on mattresses in the action sequences as the aliens start appearing along with predators attacking. Sequences in and around the underground Pyramid included the actors using ramps to stand on adjusting the differences in height when filming between the actors.